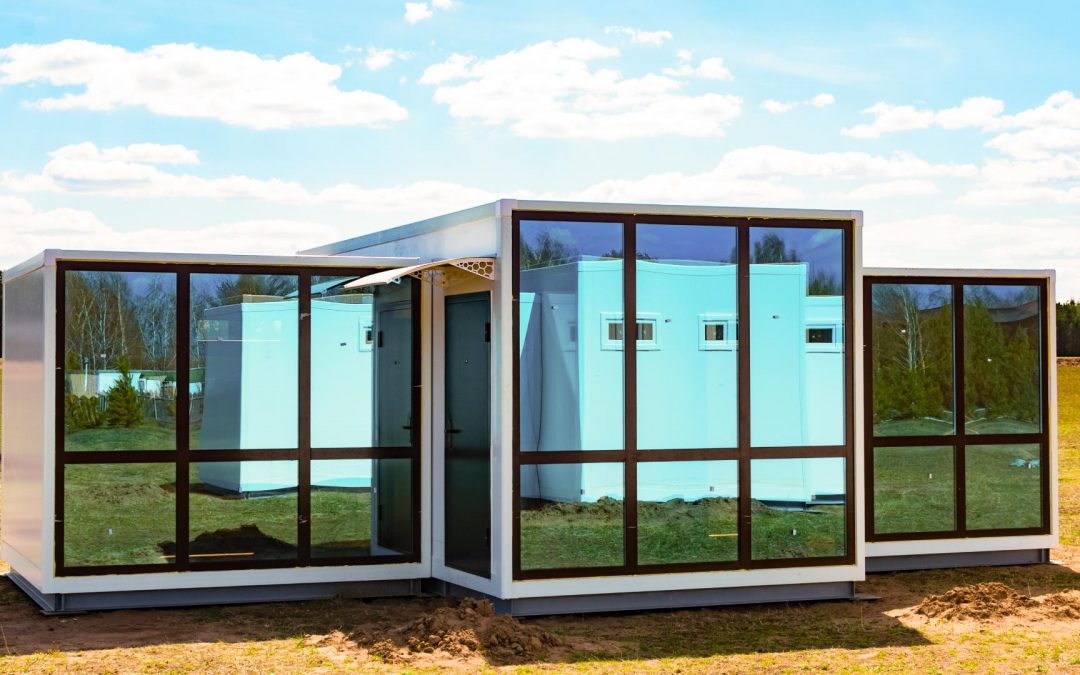 Modular construction in Australia is increasingly becoming popular, and it is no longer limited to small-scale projects. Construction of commercial, multifamily, retail, and industrial buildings has already embraced the modular delivery method as a viable option.

Benefits of Modular Construction in Australia

2. There is no chance of a weather delay

As a result of constructing the modules in a controlled environment, there is virtually no concern about weather delaying the completion of the modular components. It also gives workers with safer and more comfortable working environments, allowing them to be more productive and deliver higher-quality modules. Furthermore, because the modules are delivered to the job site pre-assembled with flooring, cabinets, counters, plumbing and electrical fittings, and appliances, they require little effort and time to be ready for use after they are unloaded. 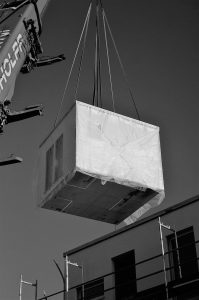 Creating modules in a factory environment reduces construction site waste by a large amount since it is more controlled, more automated, and more adaptable than doing so on the job site. Construction companies do not have to be concerned about material damage caused by poor air quality or inclement weather. They can even repair or replace units that have been damaged or are no longer in service.

Indoor construction locations are often less hazardous than their traditional, outdoor counterparts—which is good news for construction workers who work in these areas. Workspaces in a production environment can be constructed ergonomically to lessen the amount of wear and tear. The controlled atmosphere results in improved air quality, easier access to tools, better lighting, and other benefits.

The cost-effectiveness of modular construction in Australia is one of its most significant advantages. Construction companies that use modular buildings save money on materials and labour because they produce less waste, more efficient in their construction processes, and rely more on automation.

6. It frees up storage space for materials

Another advantage of modular building Australia is the ability to store supplies on-site. When a venue is constrained by area, staging and moving objects around might be difficult to accomplish. This leads to clutter, which slows down work and raises concerns about theft. Construction sites can be kept cleaner and safer by constructing the modules in a factory, while also providing greater space for workers to work and move about freely.

Risks of Modular Construction in Australia

Quality control is essential in any construction project since it helps to ensure the safety of both workers and customers. While the rapid pace of modular projects is advantageous in terms of return on investment, automation and rapid construction can increase the likelihood of construction faults that influence on the quality and safety of the structure.

Companies that participate in this work should have a thorough quality assurance program in place to assure the quality of the process and to detect individual flaws with each component before it is delivered to the job site.

2. Various complex decisions must be made

Modular construction services necessitate the completion of more decisions, design and technical work to be accomplished upfront in the process. For this to work, architects, engineers, and contractors must be familiar with the complexities of the modular fabrication and building stages of the construction process. Different front-loaded design method forces purchasers and owners to make final decisions on items such as house finishes and appliances so that they can be acquired before any construction work begins.

Since companies carry modules after they have been constructed, they are more susceptible to damage while in transit. The module may be damaged by vibrations and stress from the transportation process, causing components to break free, which could have a negative influence on the structural integrity of the building when the module is installed. It’s also important for businesses to evaluate potential transportation concerns. For example, drivers frequently move modules to construction sites on large load trucks, which can be dangerous and probably result in accidents.

Modules will need to be linked and placed on-site, even though the majority of the work is done off-site in the modular construction process. In some cases, specialist equipment, such as cranes and hoists, will be required to complete this installation successfully. The dangers associated with module installation are the same as those associated with traditional construction, including weather delays and site changes. Damage may occur during the installation process if you do not have a skilled crew that is experienced in providing modular construction services. This damage could have an impact on the structural integrity of the building as a whole.

Before you ran into this blog, have you ever heard about modular construction in Australia?

HISTORY OF MODULAR CONSTRUCTION IN AUSTRALIA

Prefabrication was first used in Australia in the early 17th century to create the built environment. This lovely country was found by Europeans. Due to a scarcity of qualified labor and prefabricated structures, Materials and building components were manufactured in the United Kingdom or a few other Asian countries and shipped to the United States.

In 1853, 15,960 wooden dwellings and 6,369 iron constructions were brought to Melbourne, according to records.

None of these structures, however, have survived, owing to the metal’s market value.

Corio is a great example of prefabricated buildings from the ancient era in Australia. As seen in Figures 1 and 2, the villa is located in Geelong. The most important structural elements were. Between 1854 and 1855, it was made in Edinburgh, Scotland, and then erected in Geelong, Australia. and the year 1856. Corio Villa is made of prefabricated cast iron and was delivered to Geelong in boxes. 1855. Corio Villa is the first cast iron property and the sole example of this type of prefabricated structure. Since the factory burned down shortly after Corio Villa was built, it is the only model in the world.

Due to a period of great upheaval in recent centuries, modular building Australia were in high demand. Infrastructural initiatives, as well as the baby boomer generation’s fast population expansion.

In the 1600s, a fisherman from England wanted to bring his home over the Atlantic to America, and one of the first modular homes was built. The idea was to dismantle his home into transportable components and transfer them onto a boat, where they would be reassembled once they arrived. However, it took some time for the concept to fully take off after that. The modular building approach didn’t fully take shape until the great American gold rush, when people moved to rural areas in search of their fortune.

As mining communities thrived and prospered, new, faster construction methods were required to accommodate the inflow of people. Preassembled homes were produced in parts in vast factories in larger cities like New York, then moved across the country to more rural locations before being patched back together. This helped tiny towns to expand by allowing dwellings to be built on-site considerably faster than with traditional methods. However, the idea of modular dwellings as we know them today did not become a reality until 1897.

The E.F Hodgson firm is largely credited with introducing modular construction services to the general public; to capitalize on America’s booming population, they created a catalog of modular homes that could be shipped throughout the country. Other residential building companies Sydney immediately followed suit, and modular planning design and construction grew in popularity. Over the next few years, modular construction techniques became more common in many small communities.

The automobile industry provided the final piece of the puzzle that allowed the modular home building services business to truly take off. In 1913, Henry Ford invented the production line, making the construction of modular dwellings much simpler and more efficient. As the number of production lines increased, so did the potential to build more modular homes.

After World War II, a housing crisis arose in Australia, with many troops returning home and beginning families, and modular construction in Australia provided quick, affordable homes wherever you were. People began to use modular building techniques for commercial buildings as the speed and cost efficiency of modular building techniques became apparent, with schools and workplaces employing modular to extend their current facilities.

Consumers desired more modern looking designs by the 1960s, as businesses and people grew all around the world, and the changeable nature of modular allowed them to achieve exactly the style they wanted. Many new uses and designs arose as a result of developments in technology, design, and available materials by the end of the twentieth century and custom home builders became one of the new in demand profession during that time. 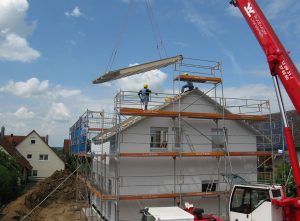 Technology has advanced at an astonishing rate since the beginning of the century. Modular construction in Australia have exploded as a result of this, as well as innovative design techniques and materials. Modular construction companies Australia was able to grow and expand and eventually has now the capacity to transport homes over long distances that has aided in the popularity of modular building in nations such as Australia, where rural towns were booming and views about lifestyle were shifting.

Modular construction in Australia provided the ability to customize every aspect of your home, from floor plans to design, as well as the ability of modern technology to create almost endless styles of build, has made modular building a hugely accessible option. Whether you are looking for a vacation home, to downsize, have more room for your growing family, or to relocate to the country, there is almost nothing we can’t do!

Get a quote for our modular construction services by filling out the form below: