Architectural Plans and Permits : Things Every Homeowner Should Know 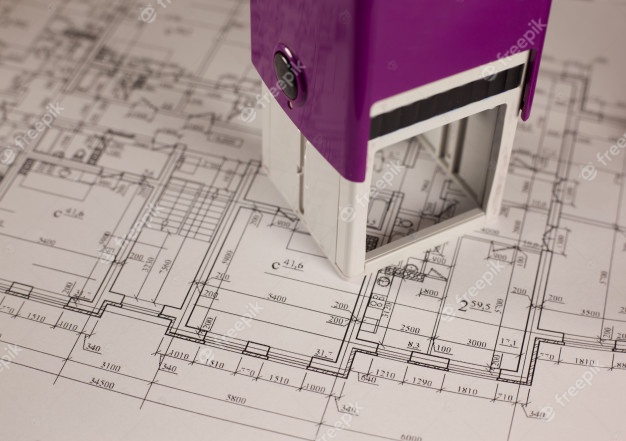 Obtaining a building permit is widely regarded as one of the most important steps in the completion of any type of construction project. Some structures, however, may necessitate the acquisition of a permit if they exceed a certain size. Fences that are taller than six feet may require a permit, but fences that are shorter than six feet may not. It is impossible to list all of the advantages of getting a building permit. It guarantees that construction building codes are being followed and met during construction and that your project will be developed properly, in accordance with safety regulations, and will be of long-term importance to the community.

At the end of the day, the building design documentation, architectural plans and permits will serve as legal authorization for the construction to proceed. Approval is granted by the appropriate authority after the architectural plans and permits, which include drawings and specifications. The approval of the permit blueprint indicates that the structure is safe for occupants to occupy. Overall, the building permit is extremely important because it outlines the critical rules and regulations that must be adhered to by everyone involved in the professional service and construction – including homebuilders, contractors, engineers, plumbers, and electricians.

A floor plan is a visual display from above that depicts the various spaces and boundaries of a floor of a house or building in the same manner as a geographical map does. There are detailed descriptions of the locations and dimensions of the rooms, structures, and built-in items. The floor plan is usually the most important of the architectural plans because it is the most visible.

When designing a site plan, it is important to consider the entire property, as well as access points and connections to various water and sewage systems, electricity and telecommunications systems, as well as any other structures that could potentially be an interest or a constraint in the project. The site plan is used to represent a project within the context of the entire site, as well as its configuration and orientation in accordance with the rules of urban planning, during the preliminary stages of a project, prior to the creation of the detailed plans.

A site plan is most often drawn from above the building as if showing a roof plan of the building within the site plan, rather than from below the building. Sometimes a site plan will be drawn as a plan that is cut through the first floor, as shown in the illustration. This is done in order to demonstrate the connection between the exterior of the building and the interior entrance.

Among the scope of architectural drawings and building services, this plan is not drawn through the structure but rather is drawn from the top of the structure. This diagram depicts everything on the roof of the building, including the roof layout, stair compartments, and parapets.

In architectural design, an elevation depicts the exterior aspect of a building, most commonly an exterior of a building, and the elements visible from the opposite direction of the building. Elevation drawings are a specific type of drawing that architects use to illustrate the structure of a building or a portion of a building in greater detail than other types of drawings. Elevations are a common design drawing as well as a technical architectural or engineering convention used in the graphic representation of architecture. They are also known as perspective drawings. Elevation drawings are orthographic projections of real-world objects. This means that they have not been drawn in perspective, nor has there been any foreshortening applied.

One of the most common types of perspectives is the three-dimensional representation of a house or building, as well as one of its elements, that makes it easier to understand the relationships between its various sides. Rather than showing how the space will be constructed, this is more of a design drawing intended to demonstrate what the space will look like when completed.

An architectural section is a cross-sectional view of a house or building taken along an interesting vertical plane in order to better understand the structure. Sections are especially useful for showing relationships between different levels of a structure. Architects use section drawings to illustrate a building or a portion of a building. Section drawings are a specific type of drawing that architects use to illustrate a building. Architecture is graphically represented using sections, which are a common design drawing as well as a technical architectural or engineering convention for graphic representation.

Criss Cross Constructions has been in the field for 25 years, so we guarantee you the best residential building designers Sydney.

As a certified home building company Sydney, we will work efficiently with you in completing your architectural plans and permits. You can reach us by phone at 8872 6308, or you can come to our office in Parramatta, NSW, at Suite 703/34 Charles Street.